Expert Workshop “German as a Foreign Language for STEM Subjects” 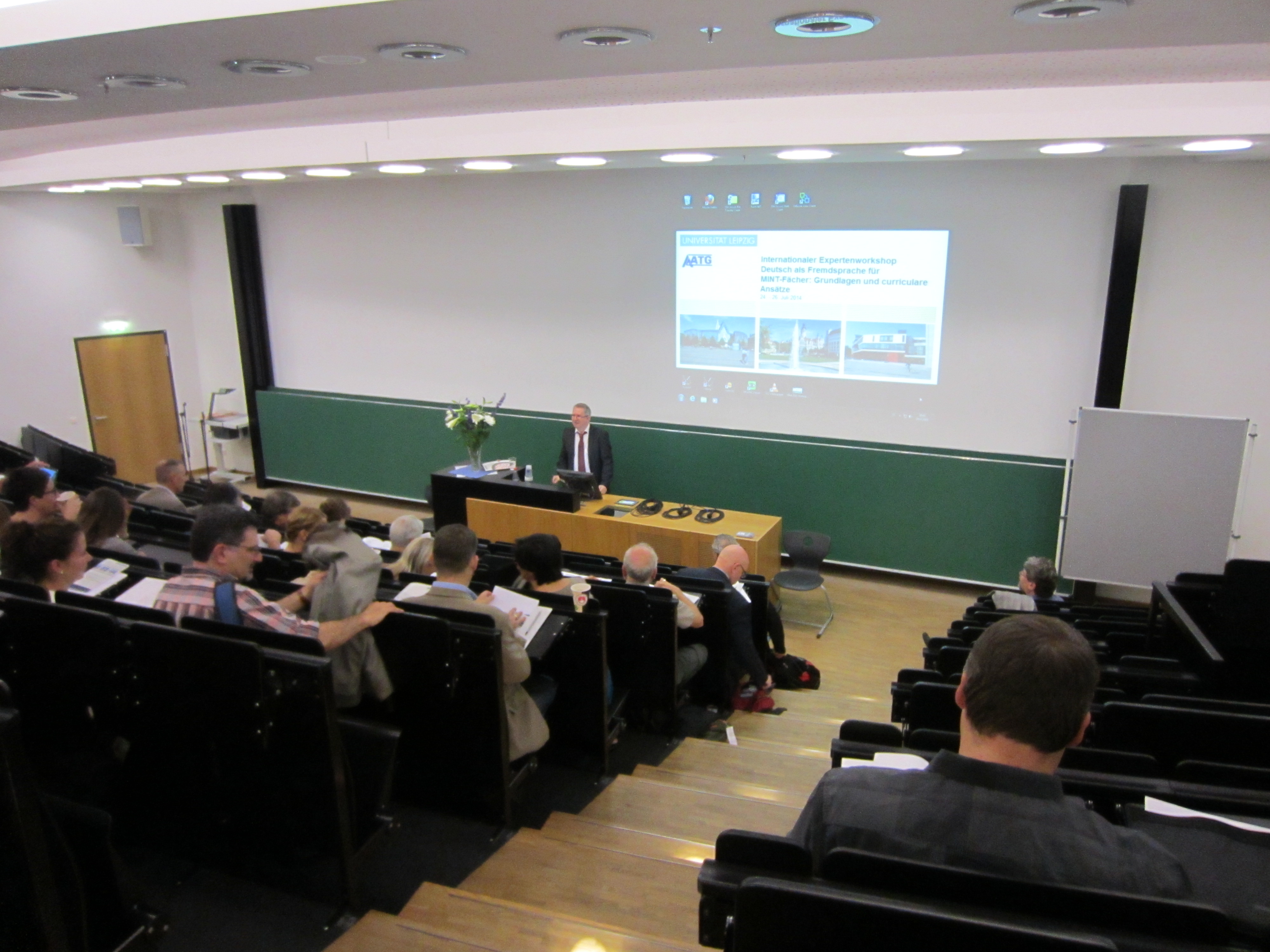 The Expert Workshop “German as a Foreign Language for STEM Subjects: Foundations and Curricular Approaches” was held from July 24 to 26, 2014, at Leipzig University. This event was organized by the American Association of Teachers of German (AATG), the Herder Institute of Leipzig University, and the Institute for Test Research and Development, Leipzig.

In this context, the event sought to pool the diverse areas of expertise of researchers from the US and Germany in order to, on this basis, open up new avenues, both in the development of curricula and teaching materials and in the training and further education of teachers and university lecturers. Another important area of focus was the screening and testing of language skills in the STEM subjects.

The workshop was supported by a grant from the Transatlantic Program of the Federal Republic of Germany using funds from the European Recovery Program (ERP) of the Federal Ministry of Economic Affairs and Energy (BMWi). This event was organized by the American Association of Teachers of German (AATG), the Herder Institute at Leipzig University, the organization interDaF e.V., and the Institute for Test Research and Development, Leipzig.

The 2014 Expert Workshop served as the kickoff for a three-year research and further-education program. In 2015 and 2016 summer schools for German teachers from the US were organized on the basis of the outcomes of the 2014 Workshop. These summer-school programs were hosted by the organization interDaF e.V. in Leipzig.

The workshop proceedings were also summarized in a book entitled Deutsch als zweite Bildungssprache in MINT-Fächern (German as a Second Academic Language in the STEM Subjects), edited by Erwin Tschirner, Jupp Möhring, and Keith Cothrun and published by Stauffenburg Verlag.